I need a new lace pillow. I have two already but they don’t quite fill my needs and each of them have been damaged by one or the other of my cats. Apparently not even my pets approve of them.

My first pillow was a square tile shaped pillow made using a tutorial which I found online but which doesn’t exist anymore, apparently. 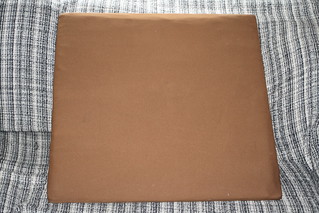 My second pillow was gifted to me by a lovely woman from England. I’d asked around about pillow tutorials and she told me she had an extra lying around if I wanted it and could have someone come get it. I’ve been using it for a year. 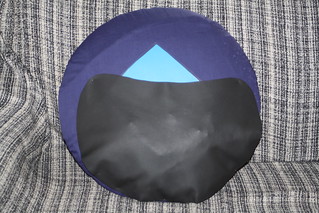 I want to continue learning Torchon but I also want to be able to make lace trim in continuous lengths so it is time to research what is out there.

To learn about the many types of pillows that exist, I invite you to go to the Bedford College of Lacemaking’s website.

Here in Belgium, the two most common types of pillows are the cookies and the bolsters. The one is great for motifs and round projects, the other is better suited to trim. I make both… so I reinvented the French style pillow.

I wanted my new pillow to work like a cookie for motifs and corners but also like a bolster for trim, so it seemed logical that I needed to find a way to add and remove a bolster to a cookie without ruining the benefits of either style.

I found a tutorial on Pinterest which uses a laptop stand from Ikea to make a cookie style pillow with stand.

They made a very attactive pillow but it still isn’t going to work for trim. Then I found a second tutorial which uses the same laptop stand to make a French style pillow with a bolster.

This one is closer to what I’m looking for. I like the idea of a removable bolster pillow but there are two potential problems for me with this tutorial as well.

For one thing, when they use it in flat mode, the roller part of the pillow is filled with foam. While that’s not a big deal, I honestly don’t think I’ll ever need to pin in that spot. If I have a motif that large I can use my rounded cookie. I have a piece of leather that I slide around under my bobbins so no matter what I put there, so long as it’s flush with the surface of the table then it will work, if I’m going to cut into the pillow, I might as well make sure that space has a purpose.

For another thing, I really don’t like the idea of the pillow being permanently attached to the stand. There’s no way I could take that whole assembly to class with me! I’ve only worked with portable pillows so far and the thought of being chained to one spot terrifies me!

I decided I needed to combine the best parts of these two tutorials while changing things up a bit. My walkthrough starts in part number 2!

I am a compassionate creative person on a quest to create the happy life I've always dreamed of, one happy little crafting moment at a time.

Hello Misty, Just to say you Bravo. I like your Bobbin Lace Pillox part 1″ very much and I am waiting for the next part. Have good holidays and see you in september in Maredret.

This is my lace teacher, everybody. She is AMAZING! Anywhere I go in life with my lace making is all thanks to her guidance.

This site uses Akismet to reduce spam. Learn how your comment data is processed.